Ernest Shackleton and his team battled to be the first to reach the South Pole, their ill-fated expedition ended when their ship became lodged in ice.

Now 110 years on and his great - grandson, Patrick Bergel, has become the first person to take a passenger car right across the Antarctic - in a Hyundai Santa Fe.

The expedition, which took Patrick and his team a month to achieve, was timed to commemorate the centenary of Ernest Shackleton's Trans - Antarctic journey of 1914-17.

The Santa Fe underwent a makeover to enable it to cope with the severe weather conditions. The modifications included raising the car's body and gears were fitted inside the wheel hubs to cope with the need to turn more slowly so it could run at the same speed.

The fuel tank capacity was increased to 230 litres and an engine pre-heater was installed to help in the extreme cold.

Perhaps the most obvious modification was the heavy-duty, low-pressure tyres which spread the vehicles weight so it could cope with the ice, and rugged surface. 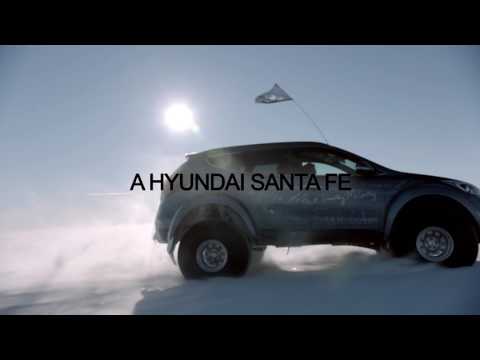 Find Your Nearest Dealer
Enter your postcode below to find your nearest dealership:
Company Info
Back to Top

Your settings will take affect when you refresh the page or move to a new page. Find out more about cookies